Matthew 5-7 is called the Sermon on the Mount because Jesus gave it on a hillside near Capernaum. This sermon probably covered several days of preaching. In it, Jesus revealed his attitude toward the Law of Moses, explaining that he requires faithful and sincere obedience, not ceremonial religion. The Sermon on the Mount challenged the teachings of the proud and legalistic religious leaders of the day. It called people back to the messages of the Old Testament prophets who, like Jesus, had taught that God wants heartfelt obedience, not mere legalistic observance of laws and rituals. From verses 1 and 2 we learn that large crowds were following Jesus-he was the talk of the town, even of the entire province, and everyone wanted to see him. Jesus had already been preaching throughout Galilee (4:12-15). During that preaching mission, Jesus had healed several people. The many miracles that Jesus had performed throughout Galilee accounted for his immense popularity. When people learned of this amazing preacher with healing words and healing power, they sought him out and followed him. Jesus often presented his teaching up on a mountainside. Jesus did not have access to public address systems. So he used what he himself had created-the natural stage of a sloping hill, which were plentiful on the western coast of the Sea of Galilee. The people sat on the slope below him.

The disciples might easily have been tempted to feel important, proud, and possessive. Being with Jesus gave them not only prestige, but also opportunity for receiving money and power. However, Jesus told them that instead of fame and fortune, they could expect mourning, hunger, and persecution. Jesus also assured his disciples that they would receive rewards-but perhaps not in this life. Verse 3 states, “Blessed are the poor in spirit, for theirs is the kingdom of heaven.” Some people take beatitudes as a multiple choice exam-pick what you like and leave the rest. They should be taken as a whole. The Beatitudes describe how Christ’s followers should live. Each beatitude tells how to be blessed. “Blessed” means more than happiness; it means singularly favoured, graciously approved by God. According to worldly standards, the types of people whom Jesus described don’t seem to be particularly “blessed”. But God’s way of living usually contradicts the world’s. The Beatitudes don’t promise laughter, pleasure, or earthly prosperity. To Jesus, a person who is “blessed” experiences hope and joy, independent of his or her outward circumstances. The disciples needed to first understand kingdom priorities. Jesus explained that the poor in spirit are blessed. The poor in spirit realize that they cannot please God on their own. They are “poor” or “bankrupt” inwardly, unable to give anything of value to God and thus must depend on his mercy.

Prayer: Lord Jesus, help us to be poor in spirit. In Jesus’ name, we pray, Amen! 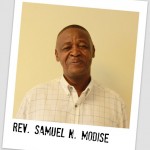